Discover the secrets of a Celebrity Chef through his new menu at Kopper Kadai, Koramangala 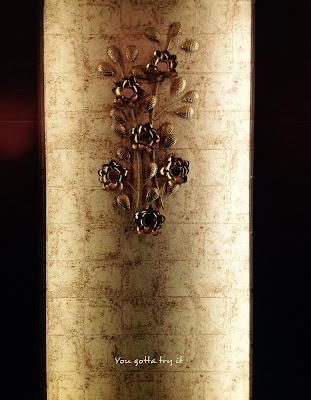 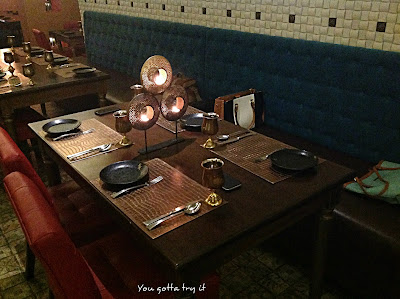 New Year is the time for people to try something new. So for a foodie like me what more is interesting than a new menu? My year 2017 started with few interesting events and the first one I attended was at Kopper Kadai, Koramangala to try their new menu. The event was exciting as Celebrity Chef Akshay Nayyar flew down from Dubai to showcase the new menu to his guests. This was my second visit to Kopper Kadai and the pleasure of having great food at a wonderful place is something which I can't explain in few words. When you visit such places, the warmth and hospitality of the place will be same as always and in one word I would say, it’s ‘fantastic'. 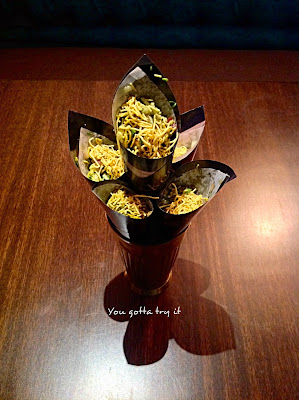 Every dish comes out from the Kopper Kadai kitchen has a story to tell. In the past, Kopper Kadai was featured for their award winning dishes and the new menu is having more of vegetarian dishes which bowl over the diners who love Northwest Frontier cuisine. Being a non-vegetarian I was so dumbfounded to eat some of the dishes from the new menu along with my fellow foodie friends. We were at Kopper Kadai for an early dinner and we started our meal with a pre-starter, ‘Mast Limca Bhel’ with ‘Chiller Chai’.  The citrusy street style Limca flavored chaat went well with the refreshing Chiller Chai with infused Orange and mint flavors. 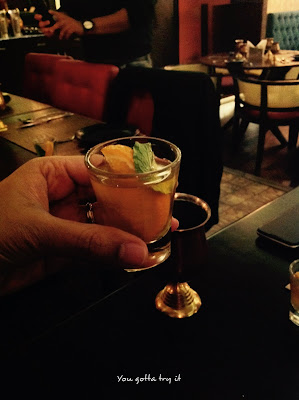 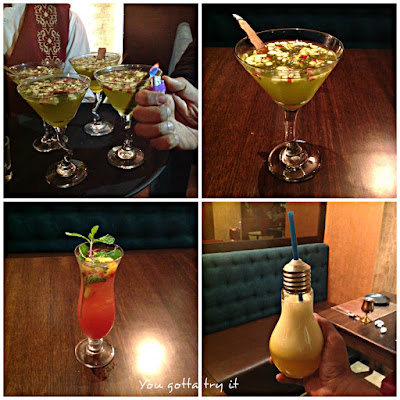 Though there were so many appetizers and main course, I couldn’t try each and every dish. While talking to Chef Akshay Nayyar on the new menu, the staff brought us a visual treat on a Martini glass which was ‘Kashmiri Kiss’. This drink had flavors of saffron, green apple, smoked cinnamon and floral honey. Just before serving they will light the cinnamon which induces the smokey flavors in it. Soon after this one we got to try another drink called ‘Jugal Bandi’ which had the taste from Pomegranate seeds, and Orange pulp mixed with sour mix. This drink was equally good like other drinks we tried and slightly spicy too. Few of us ordered our favorite Pineapple-mango based drink from the old menu, ‘Masakali’ served in a bulb. 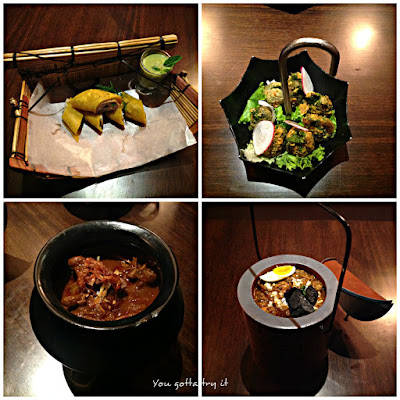 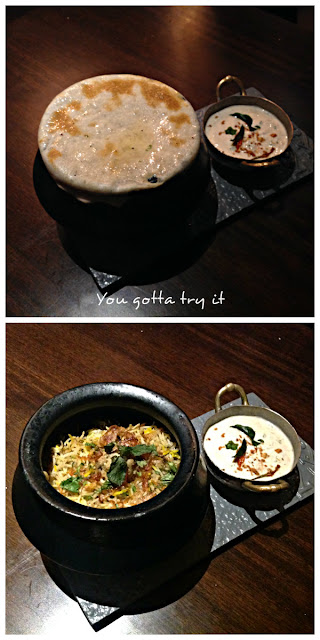 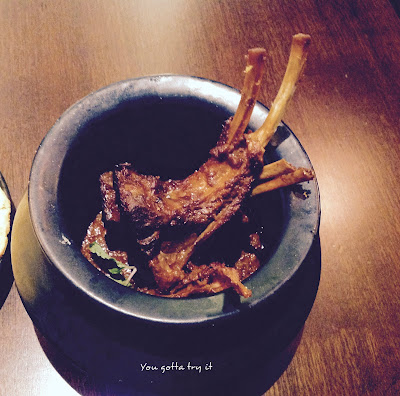 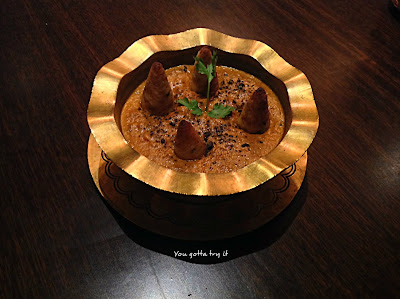 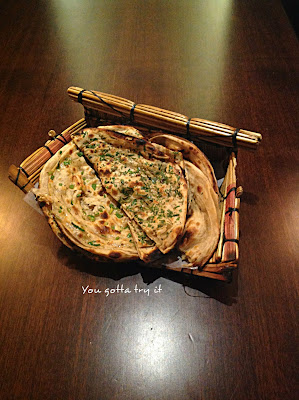 For the main course, I had Warqi Dal E Dastaan, Laal maas, Gobi Chicken Mussallam with Kopper Kadai Soya Biryani and Punjabi Kulcha. Once again I missed tasting some beautiful dishes – Pashmeena Nalli Gosht, Baadshahi Paneer Rubiyan,  and Chowdhary Chooza. But always there is a next time, so no regrets! Gobi Chicken was so tasty, special and close to Chef’s heart as the recipe was inspired by a family friend in Dubai. I never imagined Gobi (Cauliflower) and Chicken combination can be a match made in heaven. The Warqi Dal E Dastaan is another heritage recipe and tasted so unique. The creamy Dal and Palak Malai Bhurji went well with hot Kulchas. The Laal maas had perfectly cooked pieces of lamb and could’ve been bit spicier. The Soya biryani was amazingly wonderful <3 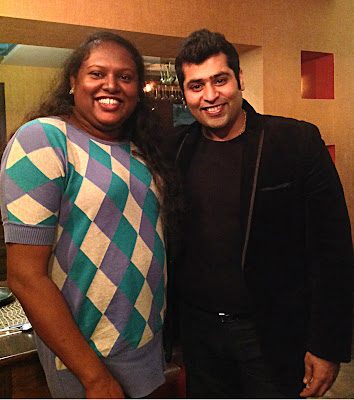 For desserts, we had the good ‘ol Nutella Dodha Lava which was Dodha barfi with Nutella stuffing and Chef’s special Raj Gajrela which was a rich Carrot halwa with loads and loads of dry fruits. We also got Chef signed note with in-house special spices as a token of appreciation. From decor to servewares, as Copper is an integral part of this restaurant, we got the gift in a cute little Copper kadai. I have already tried some of the masala at home and it’s 100 times better than any masala available in the market. I really wish Chef Akshay should introduce these spices all over the world. 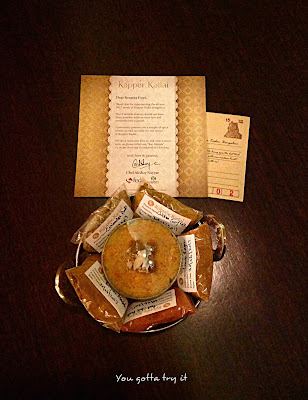 Pictures speak more than words and to experience a beautiful gastronomical journey you should visit Kopper Kadai. A special thanks to Chef Akshay Nayyar and his team for a heavenly dinner. Thanks to my dear friends - Ram and Shyam, oops Dushyant and Pratheek for making me part of this. Check out my first experience at Kopper Kadai, here :)